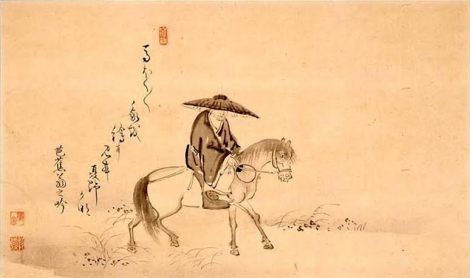 One of the most unique styles of poetry in Japanese literature is the Haiku. It has developed since the 17th century and is still familiar to many people in Japan and even in some foreign countries. In this paper, I will consider the possibility of haiku translation into English. By explaining some difficulties in its translation with many illustrations I will argue that a proper translation seems to be impossible. At the same time, I expect that by demonstrating my reasons in this article our understanding of intercultural communication will broaden and deepen.

Similarly to other styles of poetry, various techniques are used in the haiku, such as comparison, metaphor, contrast, double meaning, and wordplay; but the haiku is totally different in some points. First, the haiku is quite simple and short. It must keep a 5-7-5-syllable structure (the first and third line must contain five syllables, the second line seven) and it must be divided into two parts: the “fragment” and the “phrase”. The fragment is the first line or the last one and the remaining two lines are the phrases. An example,

where the first line is the fragment and the other two lines are phrases. As can be seen, long and complex compositions cannot be used, and punctuation and capital letters are not needed. Second, the haiku is a very sensitive form of art that represents nature. Haiku poets are able to perceive nature through their five senses and to fully depict it in only seventeen syllables. For this purpose, the three lines must have a ‘Kigo’ [季語], which literally means ‘season word’, representing characteristic things to each season. In almost all cases only the present tense is used so that readers can experience the poet’s perception as if it were their own. Third, haiku is based on quite peculiar and elusive spirits, which are Wabi [侘], Sabi [寂] and You-gen [幽玄]. These concepts have various meanings according to the situation; Sabi, literally translated as ‘loneliness’ or ‘solitude,’ it can be ‘miserable,’ ‘insignificant,’ ‘pitiable,’ ‘asymmetry,’ or ‘poverty’. Also, Wabi, which is the twin brother of Sabi, is translated into ‘Elegant Simplicity,’ ‘subdued taste,’ or ‘quiet refinement’. This is based on the Japanese spirit to see modesty as virtue and to consider beauty to be the result of living simply. On the contrary, You-gen is often translated as ‘mysterious grace’ or ‘unknown depth’. Even in Japanese, there is no obvious interpretation of their meanings and of the relationship among them, and it is even difficult for foreigners to capture them.

While haiku is sometimes incomprehensible to foreigners, it is certain that it has spread all over the world. Those who took a important role in introducing the Haiku abroad are 19th-century foreign scholars of Japanese literature, such as Basil Hall Chamberlain, and Patrick Lafcadio Hearn (Koizumi Yakumo [小泉八雲] is his name as a naturalized citizen of Japan). In the 20th century, the four-part series book ‘Haiku’ written by Reginald Horace Blyth made great contribution as the first collection of translated haikus. One famous haiku translated in this book is:

At the same time, Japanese scholars also have tried to translate haiku into English. For example:

As a result of these activities, haiku has become known in a wide variety of countries including some in East-Europe and Africa. Indeed, in 1982, as many as 712 people participated in a Haiku competition that the Japanese Embassy held in Senegal.

As mentioned above, the haiku is quite unique to Japanese culture and famous throughout the world to some degree. However, can it really be translated into English? It is a valid argument to say that it cannot. One factor is the difference in grammar and character systems between Japanese and English. First of all, Japanese poets do not have to specify whether a noun is singular or plural, what tense a verb expresses, and who or what is the main subject. But in English, because translators must manifest these things, readers have no discretion toward them. For example, two translations of the same haiku below are shown separately as to whether ‘cicada’ (蝉) and ‘rock’ (岩) is/are singular or plural:

Calm and serene
The sound of a cicada
Penetrates the rock. (Y. Murakami)

In the original version the emphasis is not on the number of cicadas and rocks but on the existence of them, but English translations cannot reflect that. As other examples, look at these translations of the famous Basho’s haiku mentioned above:

The old pond,
A frog jumps in———
Plop! (R. H. Blyth, different from the one mentioned above)

In theory, ‘the sound of water’ came only after the frog had jumped in, but in the original the poet intentionally left this chronological order ambiguous to create a lingering imagery. In this case too, whether ‘frog’ (蛙) is singular or plural depends on translators. The following translations also indicate the problem of ambiguous subjects:

In the original Haiku, though it is the writer who wondered, by abbreviating the subject, he generalized the question and tried to raise the readers’ sympathy. But this device is absent in the translation. And another:

While the original Haiku has no personal pronouns, this translator, by using many personal pronouns, ingeniously translates this poem in the form of dialogue with the pheasant. But compared to the simplicity of the original, this seems a little redundant. Since ambiguity and openness to interpretation are essential to haiku, these problems are a vital deficiency.

Another problematic difference is word order. In Japanese this is relatively freestyle, but in English it is static. As a result, readers of translated haikus cannot experience the thrill of wondering what words will follow:

Calm and serene
The sound of a cicada
Penetrates the rock. (Y. Murakami)

In the original haiku, elements are arranged in this order: ‘stillness,’ ‘penetration,’ and ‘sound of cicada.’ This arrangement triggers the expectation and thrill of readers: ‘what is emphasizing stillness and penetrating into rock?’ In English, however, ‘sound of cicada’ must be put before ‘penetration,’ whether ‘penetration’ is represented as the verb or the modifier. Therefore, the taste of the original one is not preserved in the translation and this is undoubtedly a defect.

One more notable difference is the characteristic system. As you may know, Japanese is a rare language that has three kinds of characteristics, Hiragana, Katakana, and Kanji, while the English alphabet is made up of capital or small letters only. In Japanese, words with the same meaning can have different nuances. Therefore, the beauty in some haikus is created by a combination of different kinds of characters that cannot be represented in English translations. Some differences mentioned above are ones in the language rule and are therefore very difficult to overcome through translation.

Second main factor is the incompatibility of content and form preservation. In this context, the word ‘content’ means the image and the emotion that a haiku poet would express in his or her work, but the word ‘form’ means the unique style or various phonological and rhetorical techniques in haiku, such as the syllabic style ‘5-7-5.’ Difficulties in content translation are high suggestiveness and the meanings and nuances of peculiar words. Most pieces of haiku are too thought-provoking compared to the English version. Here is an example:

This Basho’s poem is a very controversial one even among Japanese scholars, regarding what appearance the tree has, where it stands, how many crows are perched on it and what message or feeling the poet tries to express. The translator uses many color representations, but the translation is undeniably lengthy.

Similarly, translation of peculiar words and concepts is a big obstacle. Some particles cannot be translated as English propositions and need a few words of explanation. Moreover, a peculiar kind of particle to Haiku is ‘Kireji’ (切れ字) which is literally ‘end character’ or concretely a word for marking the end of a line. It is used immediately after the word or phrase to be emphasized and means the deep emotion of the poet, such as admiration, wonderment, nostalgia, attachment, amazement and so on. Its meaning is quite ambiguous and translated variously; sometimes it is left untranslated. Here are the examples with agony of Kireji translation:

A wild sea!
And the Galaxy stretching out
Over the Island of Sado (R. H. Blyth)

The second example is onomatopoeia. English onomatopoeia is not as developed as in Japanese. Hence, many onomatopoeias have no exact translation and need translators to invent alternate solutions. One example:

梅が香に のっと日の出る 山路かな （松尾芭蕉）
Suddenly the sun rose,
To the scent of the plum blossoms,
Along the mountain path. (R. H. Blyth)

Blyth translated ‘Notto’ [のっと] as ‘suddenly,’ but ‘Notto’ has the slightly different nuance from ‘suddenly.’ Indeed, in the explication of this translation, Blyth stated that “ ‘Notto,’ ‘suddenly,’ represents the ‘jerk’ to the mind of the poet of his impressions, rather than suddenness of the sun rising.” Moreover, other than R. H. Blyth, A. Miyamori [宮森麻太郎], K. Yasuda, H. Henderson, all translated ‘Notto’ as ‘suddenly,’ and so this problem seems difficult to solve.

Other painstaking words are names of animals and plants as well as pictures of the changing seasons. They are very often depicted in haikus, but some of them do not exist in foreign countries and torment translators. The two translations of Basho’s ‘cicada’ haiku mentioned above (閑けさや/岩にしみいる/蝉の声) are good examples. In Japan, cicadas are familiar icons of charming summer-sights. But in Western countries, the word ‘cicada’ is not famous and sometimes a cicada is seen as mere noisy insect. For those who have such viewpoint, it is difficult to understand the picture of this haiku.

Consequently, haiku translations often necessitate additional explanations in order to overcome these obstacles. Translations must break through form constrictions in order to fit in the 5-7-5-syllable form. Furthermore, various rhetorical techniques are very often used in the haiku, and it is desirable that they are reproduced in translations. As a result, translators must conform to these form restrictions while pursuing the content’s meaning, but this compatibility seems almost impossible. This is too big of a difficulty to conquer.

For these reasons, it is conceivably impossible to truly translate a haiku into English. However, haiku translation is a creative activity in itself because of the inventions needed to overcome the difference in grammar and the character system: which form or content is more valuable, and what interpretation is applied, depend on translators and the chance to show off their linguistic skills. Therefore, while a translated haiku could be seen as art that reproduces the original haiku, the translation in itself should be an art. This paper might indeed be a guide in considering the value of a translated haiku.

2 risposte a “Lost in Translation: Considering the Possibility of Haiku Translation into English”