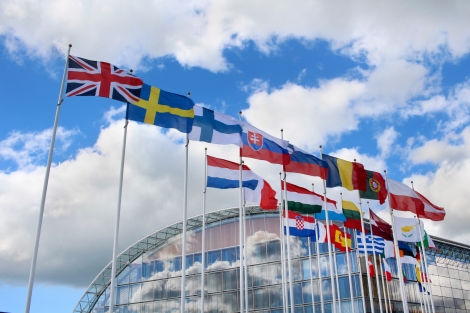 Relocation of a company and second establishment are a central feature of the European Union (EU) internal market. This essay tries to reconstruct and to point out the substantial aspects and the differences between these two business activities. The paper is based on the EU freedom of establishment, one of the fundamental tools to create an effective and optimum internal market, and it is a very broad subject.  Nevertheless, I wish to focus solely on firms and companies, including the relevant aspects of the general matter and the other connections when important (e.g. the differences between service and establishment, unavoidable to understand this topic). Therefore, I will not analyze, many pertinent themes of the freedom of establishment, such as the mutual recognition of self-employed persons, requirements for professional qualifications[1] and other aspects of natural persons legislation in carrying on a transnational activity. Although many economic dynamics are involved, I will not examine in details the economic reasons of companies and the social effects on the home country due to the setting of business activities, such as production of goods, in other MS (e.g. delocalization of production[2]).

The reasoning of the paper starts with the basic meaning of the concepts involved and the legal framework. Then it analyzes several judgments and scholars opinions in order to show how the relocation and the second establishment of companies are considered guarantees to the freedom of establishment, in particular thanks to the teleological reasoning tendency of the European Court of Justice (ECJ) that often anticipate the legislator[3]. In fact, the ECJ takes into consideration the main principles of the EU market in order to safeguard and concretely create a common market in the EU and it stimulates the Parliament and the Council to harmonize the legislation. The freedom of establishment is object of many disputes between Member States (MS) and companies, such as the ones about the beneficiaries of this right, which is national matter, or on the limitation of secondary establishment or about the economic interests to avoid national requirements[4]. All these problematic questions were answered by the ECJ, which underlines that every restriction must be justified by objective reasons, such as public interests, and proportionate. In particular, restrictions merely about the modality to carry on a business activity in another MS (i.e. relocation and second establishment) are not permitted. Furthermore, I will focus on norms geared towards facilitation for small and medium enterprises (SMEs). I will finally analyze the conclusion of the Court in order to express a very humble opinion about their effectiveness and strength for the common market and about desirable future developments. Even now I can say that the position of the EU authorities is truly convincible. In fact, if the services – and the establishment is a way to provide services[5] – constitute about 70 % of the EU gross domestic product (GDP) and it is a fundamental engine of economic growth, the fragmentation and the hindering barriers of the freedom of establishment have a negative impact on the entire European economy[6]. This is fundamental to face the modern global market challenges and to create a strong European economy in a long-term prospective. My conclusions will be focused on balancing  two different needs of the internal market: on one hand, the harmonization and the requirement to have a common legislation in order to avoid the so-called “Delaware effect”[7]; in the other hand, the specific necessities of the different MS to experiment different legal solutions to their specific problems.

First of all, it is required to introduce the matter and to find a general definition of the terms in this context: “establishment” (in particular the differences from a service), “company”, “incorporation”, “conversion”, “relocation”, “second establishment”, “subsidiaries” and “branches”. This is fundamental in order to better understand the legislation concerning their development into the internal market (1.1 “Definitions”). Then, I will examine the main relevant legal instruments (1.2 “Legal Basis”).

Underneath it is explained the meaning of the terms involved as they are interpreted in this essay.

“Establishment” is a term referred both to natural and legal persons (e.g. companies and firms). In this essay we will take into account only the second sphere. According to Article 49 of the Treaty on the Functioning of the European Union (TFEU), establishments are “agencies, branches or subsidiaries”. Furthermore, Directive 2006/123/EC defines “establishment” as a “stable infrastructure” from which the business is carried out. It is now relevant to clarify the differences between “service” and “establishment”. According to Article 4 of Directive 2006 /123/EC, “service” means “any self-employed economic activity, normally provided for remuneration” (1) and “establishment” means “the actual pursuit of an economic activity by the provider for an indefinite period and through a stable infrastructure from where the business of providing services is actually carried out” (5). The line of demarcation is not the provision of services, but the way to carry out the activity through a “stable infrastructure” (regarding establishments) and due to the temporary nature of the activities concerned (in relation to services). The Directive, according to the ECJ, underlines to take into account not only the duration, but also the regularity of the provision of the service[9], especially regarding temporary activities.

The term “company” is directly mentioned by Article 54 TFEU: “ (…) ‘Companies or firms’ means companies or firms constituted under civil or commercial law, including cooperative societies, and other legal persons governed by public or private law, save for those which are non-profit-making”. They are, subsequently, economic entities, usually a society or organization of persons, that have commercial or industrial purposes. They may consist both of one establishment or many establishments (primary establishment and secondary establishments). In this essay “companies” and “firms” will be considered as synonymous.

The term “incorporation” (inc.) indicates the forming of a legal entity (corporation) recognized by the MS law as a legal person that has got autonomous rights and liabilities (e.g. the freedom of establishment under the EU law).

“Conversion is where one company ceases to exist, and a new one is formed, but it is recorded in the incorporation that the old company is the predecessor in law of the new one”[10]. This is particularly important regarding the continuity of debts.

“Second establishment” is a company establishment which is not the central place of business. Moving a secondary establishment is the other way to set a business activity in another MS. It differs from relocation by the fact that it doesn’t require to change the legal head office: the trader remains in its own home State but establishes other subsidiaries, branches and agencies abroad.

“Subsidiaries” and “branches” are very close but different terms. According to Advocate General La Pergola in Case C-212/97 Centros[11], the distinction is that the first is legally independent, whereas the latter has no independent personality.

In this section I analyze the legal framework, which is based first of all in primary legislation (1.2.1 “The Treaties”) and then in directives and regulations (1.2.2 “Secondary legislation”), following the pyramid scheme respectfully of the sources of law in the EU system.

Before starting to analyze the differences between relocation of firms and second establishment, it is necessary to start from the legal background of the EU, in particular regarding the freedom of establishment, which is their legal basis.

In Article 3 of the Treaty on European Union (TEU) it is declared that the Union shall establish an internal market between its MS. According to Article 26 TFEU, this market shall comprise an area without internal frontiers where the free movement of goods, persons, services and capitals is ensured. This leads to the right to pursue an occupation in another MS, such as the free movement of workers (Article 45 TFEU) and – this is relevant for us – the free movement of companies under the provision of Article 49 TFEU about the freedom of establishment which applies both to natural and legal persons, such as companies and firms – Article 54 TFEU specifies the beneficiaries of these provisions[12]. From the substantial law point of view, Articles 49 and 54 declare that in this field restriction based on place of registered office, central administration or principal place of business[13] shall be prohibited[14] and that these companies and firms shall take up and pursue their activities “under the conditions laid down for its own nationals by the law of the country where such establishment is effected”. So, companies are entitled to benefit for the freedom of establishment only if they have their registered office, principal place of business within the EU and they have to be formed under the law of one MS. Therefore, third countries companies are excluded[15].

The national law of the MS was deeply influenced by Directive 2006/123/EC (Service Directive)[16]. In particular, it is addressed to protect SMEs (Recital 2 in the Preamble), whereas numerous barriers prevent them “from extending their operations beyond their national borders and from taking full advantages of the internal market”. It deals, furthermore, with authorization schemes (Article 9) that are only allowed if they are non-discriminatory, justified by a public interested objective (not arbitrary hindering measures) and if their aim cannot be achieved by a weaker measure ( i.e. proportionality); administrative procedures that have significant dissuasive effects are leaded to simplification (Recital 43 in the Preamble); no economic tests or pre-registration systems. It also set a list of prohibited measures such as discriminatory requirements regarding the nationality of the company directors, restrictions based on market needs, hindering measures on second establishment or requirements that consist in allowing companies establishments in a MS only if it is the primary establishment – this last prohibition was already addressed by the ECJ in the Case 107/83 Klopp[17]  (Article 14). Finally, it lists certain kinds of requirements to be evaluated, only permitted if non-discriminatory, justified and proportionate: ‘quantitative or territorial restrictions’, limitation of tariffs or employee numbers, or mandatory legal form.

[2] This phenomenon is fundamental as an incoming and growing challenge to EU economy and it also involves third countries.

[5] See infra Section 1.1 “Definition” for the differences between “establishment” and “services”.

[8] The structure of this treatise consist in primary statements explained by other propositions which are referred to the previous as sub-statements (e.g. proposition n. 1.1 elucidates n. 1. and n. 1.1.1 clarifies n. 1.1). See Wittgenstein L., Tractatus logico-philosophicus e quaderni 1914 – 1916, Einaudi, Torino, 2009.

[13] These articles follow the model traced by Article 18 TFEU: “(…) any discrimination on the grounds of nationality shall be prohibited”. As pointed out in para. 20 Case C-212/97 Centros, the location of companies registered office, central administration or principal place of business “serves as the connecting factor with the legal system of a particular State in the same way as does nationality in the case of a natural person”. Nevertheless, there are several differences between the nationality criterion (purely formal) and the registered office criterion (referred to concrete situation). I will not examine this aspect. See Marenco G., The notion of Restriction on the Freedom of Establishment and Provision of Services in the Case-law of the Court, (1991) 11 Yearbook of European Law 111, 113 – 14, in particular Case 270/83 Commission v. France [1986] ECR 273.

[14] This is the principle of equal treatment “which entails the prohibition not only on grounds of nationality but also of any indirect discrimination based on other grounds but capable of producing the same result” (Directive 2006/123/EC on services in the internal market, Official journal of the European Union (OG) L 376/36, para. 65).

Bernard C., Social dumping and the race to the bottom: some lessons for the European Union from Delaware?, 2000 25 ELRev. 57

Marenco G., The notion of Restriction on the Freedom of Establishment and Provision of Services in the Case-law of the Court, (1991) 11 Yearbook of European Law 111